This Season’s Killer Look. Avoid It. Never wear your seatbelt under your arm.

Get This Season’s Killer Look 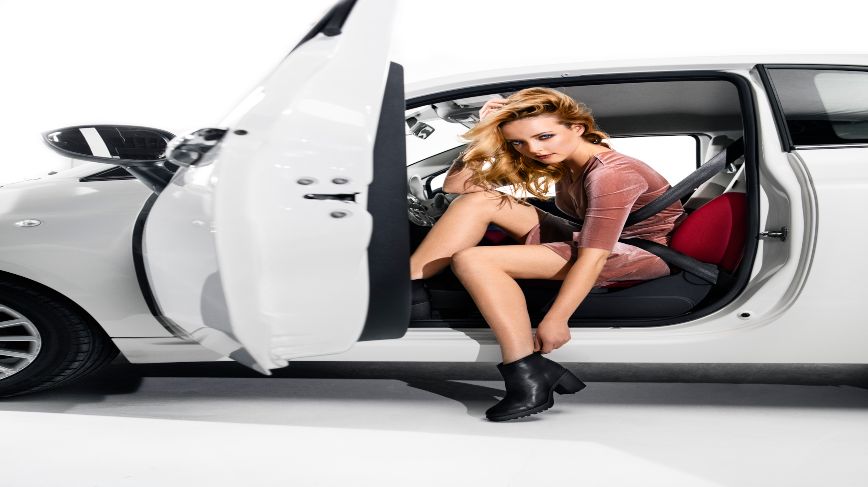 The film opens on a young model, posing for a fashion shoot in a glamorous car and as the shoot progresses, the model puts on her seatbelt and places the belt under her arm. Suddenly, the model is thrown violently forward and the scene switches to an eerie x-ray world where we see clearly the devastating injuries sustained in a collision.

When we switch back to reality, we see the model is wearing a neck and body brace and has scaring on her face. Lifelong injuries now replace her glamorous look. Injuries to the body following improper seatbelt use could include severe facial scarring, and in some cases blindness, brain injury, neck spinal injuries and damage to teeth.

If a seatbelt is found to be uncomfortable, it is advised that the height of the belt is adjusted on the anchor point on the door frame or the seat position and height is adjusted.

*Results for the Misuse of Seatbelts "Killer Look" Benchmark Survey. 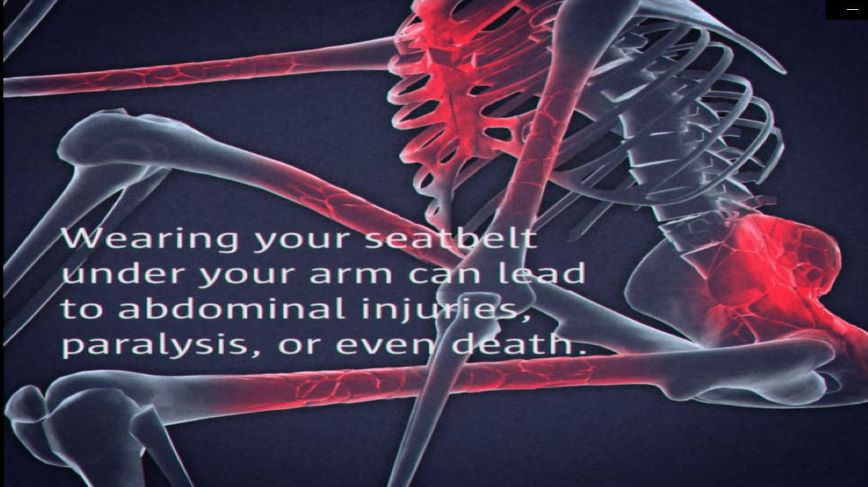 The Road Safety Authority wished to explore behavioural patterns among women within the 17-34 age group with a view to how they wore seatbelts; and if there is any evidence that a cohort of this group tend to wear seatbelts under their arm. Please find more information here on the Misuse of Seatbelts Among Females Aged 17-34 Years.

Our Digital Campaign “Get This Season’s Killer Look”, is aimed at discouraging women from wearing their seatbelts under their arm, which can cause horrific injuries in the event of a collision.